Global equity markets recoiled late on Monday 21st February following Russian President Vladimir Putin’s decision to send armoured divisions into Ukraine.
In the latest round of political brinkmanship in the Ukraine theatre, Mr Putin took advantage of Presidents Day, a federal holiday in the US, to announce on Russian television that the country now officially recognised the two breakaway regions of Donetsk and Luhansk in eastern Ukraine as independent entities.

The leaders of these breakaway regions subsequently appeared alongside Mr Putin in the Kremlin signing a decree recognising their independence. Later that day a number of conspicuously unmarked tanks were reported as rolling through the streets of Donetsk.

Russian markets were still trading when Mr Putin announced his decision following calls to the leaders of Germany and France. The rouble subsequently plummeted north of 3%, while Moscow’s dollar-denominated RTS index plunged more than 13% on Monday with the rouble-based MOEX Russian index suffering its worst day since the March 2014 Crimean annexation, down 10.5%. Elsewhere, the yield on Russian 10- year government bonds (known as OFZs) surged to 10.6% on Monday.

Meanwhile, western markets began to react to the heightened tension on Tuesday morning with oil prices pushing on toward $100 a barrel amid supply fears. After initial ‘softness’ western markets proved quite resilient as investors clearly anticipated limited sanctions at this early stage.
Asian markets fared worse, impacted by both the heightened geopolitical tensions and anxiety over fresh Chinese regulatory scrutiny.

In response to the moves, the US imposed immediate business sanctions on the breakaway regions but held off from imposing the agreed sanctions planned by the US and its European allies in the event of a full-scale invasion of the Ukraine. Even so, more US sanction were expected on Tuesday while Boris Johnson chaired a meeting of the UK’s emergency ‘Cobra’ committee to discuss UK sanctions against Russia.

Coming as it does on the back of a slowly unfurling global energy crisis and record levels of western inflation, driven in no small part by soaring energy prices, Mr Putin’s gambit has succeeded in garnering the political attention he has always sought for his nation.

There now exists a broad spectrum of possible outcomes, each dependent on the Russian president’s next move.
The sanctions announced so far entirely lack bite which may have emboldened Russia’s leader. However, the situation will quickly change with potentially harsh international sanctions set to be imposed against Russia in the event of a full invasion.

Even so, Russian boots are now that much closer to Ukraine – which Mr Putin on Monday described as ancient lands of Russia – ratcheting up tensions on the ground and internationally.

In theory, it seems unlikely that an escalation in the conflict will lead to Russia ‘turning off the gas’ to Europe as such exports broadly account for around a third of Russian GDP. But although Russia continued to supply energy to the West throughout the cold war years, the situation is quite different today. Russia is no longer a rickety soviet state dependent on western hard currency.

Mr Putin’s actions have already helped push operating profits for Russia’s primary player, Gazprom, to $90bn this year, more than four times what they were in 2019. Meanwhile, energy sector analysts estimate that (client penalties aside)

a complete shutdown of gas piped to Europe might cost up to $230m a day in lost revenues for Gazprom at a time when Russia holds a huge war chest of some $630bn in central bank reserves.

While Russia could afford the lost revenue, the bigger price for Mr Putin might come from jeopardising projects like the Nord Stream 2 gas pipeline which, although completed in September, still requires certification by Germany and the EU – a process that was halted by German Chancellor Olaf Scholz on Tuesday following the recognition of Donetsk and Luhansk. Russia’s still fledgling supply contracts with China might also suffer if it proves to be an unreliable partner.

Whatever Mr Putin decides to do, he’ll need to move fast as Europe’s energy demand drops by 40% or so come spring, which means he loses the added leverage he currently enjoys.

A history of conflict

Regardless of the eventual outcome, the latest escalation in the Ukraine suggests that NATO troop numbers in Europe will need to rise in Eastern Europe along with national defence spending budgets, which has potential tax implications down the line.

Meanwhile, it remains to be seen if the rising levels of geopolitical risk in markets cause central banks to re-think the pace of their planned hiking cycles to help support markets. Some analysts are already pricing in more restrained rate rises in Europe this year.

Mr Putin has chosen his opening well with western markets already straining against record inflation and the interest-rate rises that must now quell it. An energy price shock just as central banks are raising interest rates could derail investor sentiment and the outlook for energy-intensive companies

Although we expect to see the S&P Index re-testing the lows of 24 January, we suspect the disruption caused to equity markets will be relatively brief in line with history (see below). In the meantime, our portfolio managers are looking for opportunities to capitalise on the current volatility, possibly through derivative contracts, which can offer both investment gains and protection against market losses.
Historically, western markets have always been relatively sanguine towards Russian territorial aggression. When Russia annexed the Crimea from Ukraine in 2014, markets were quick to dismiss the interruption.

As always, the key message for investors is not to get sucked in by the noise. Over the medium to long term, the broader landscape of company earnings and the strength of economic growth will far outweigh the importance of ‘conflict politics’ for investors. Currently, even including its huge energy bills, total trade with Russia accounts for just 1.5% of EU GDP and only 0.5% of US GDP.

This communication is for information purposes only. Nothing in this communication constitutes financial, professional or investment advice or a personal recommendation. This communication should not be construed as a solicitation or an offer to buy or sell any securities or related financial instruments in any jurisdiction. No representation or warranty, either expressed or implied, is provided in relation to the accuracy, completeness or reliability of the information contained herein, nor is it intended to be a complete statement or summary of the securities, markets or developments referred to in the document.

Any opinions expressed in this document are subject to change without notice and may differ or be contrary to opinions expressed by other business areas or companies within the same group as Quilter Investors as a result of using different assumptions and criteria.

Quilter Investors is not licensed or regulated by the Monetary Authority of Singapore (“MAS”) in Singapore. This document has not been reviewed by MAS. QIL-026-22/222-0115/February 2022

What our clients say about us 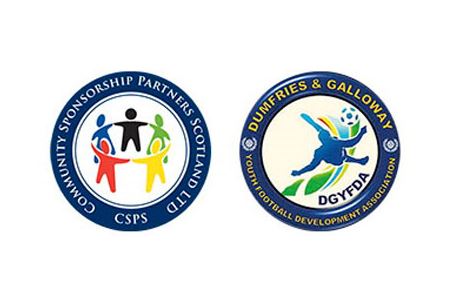 Proudly supporting football in the community. Bringing business together through youth football.